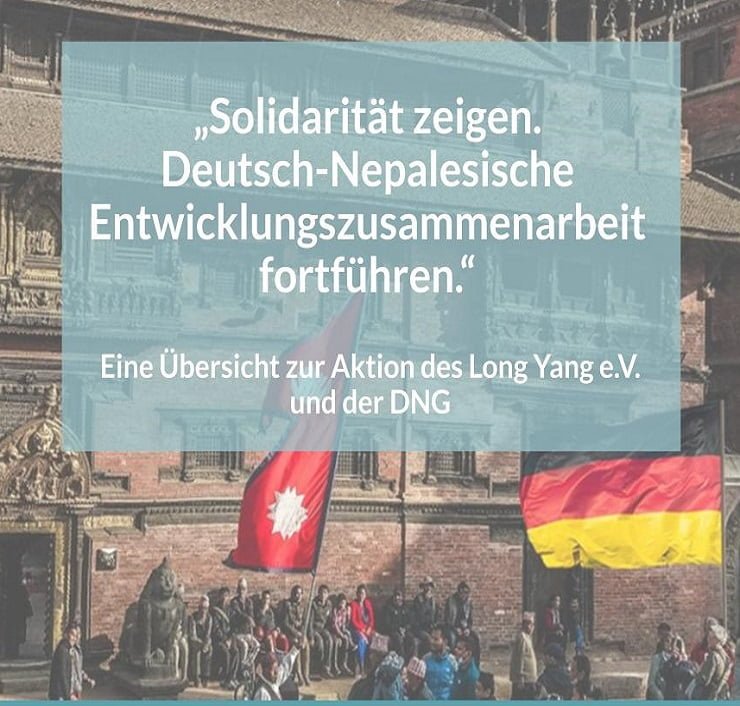 In May the Long Yang e.V. and the German Nepalese Society (DNG) launched a petition and an open letter for the preservation of bilateral development cooperation between Germany and Nepal. 60 NGOs as well as about 2000 private persons have expressed their support for the continuation of the German – Nepalese development cooperation until 10th July within the framework of the campaign “Show solidarity”. Around 600 personal contributions have shown that many people are personally concerned about the relationship between Nepal and Germany.

After we handed over the open letter to Minister Müller in June, we received a reply from BMZ shortly afterwards, leaving many questions unanswered.

The “low significance” of German bilateral development cooperation in Nepal is cited as a criterion for the decision to withdraw from bilateral cooperation. In contrast to other donors and countries, Germany provides fewer funds and therefore considers its commitment to be dispensable:

“The decision applies just to bilateral state cooperation. All other BMZ instruments continue to be used: we remain committed through the European Union and multilateral institutions, such as the World Bank or the Asian Development Bank, and promote private sector investment. We continue to support the work of non-governmental organisations and political foundations in Nepal.”

In its response, the BMZ also stresses that support will continue to be provided in emergencies and crises, including the current Corona emergency aid.

Nevertheless, de facto all projects supported by the BMZ, the KfW development bank and GIZ in Nepal will be phased out. The local office structures are also likely to be dissolved.

The transition process appears to take several years, but has been initiated. The further shaping of development cooperation is the subject of the intergovernmental negotiations between Nepal and Germany, which are expected to take place in November. In the run-up to these negotiations, a joint exchange of views and experience between the BMZ and non-governmental organisations (NGOs) active in Nepal will take place within the framework of the “Nepal 2020 National Talks”. In this meeting, various organisations, including Long Yang e.V. and DNG, will report on the current and long-term challenges of their work on the ground and also formulate open questions regarding the process of withdrawing from bilateral cooperation.

We will continue to report.