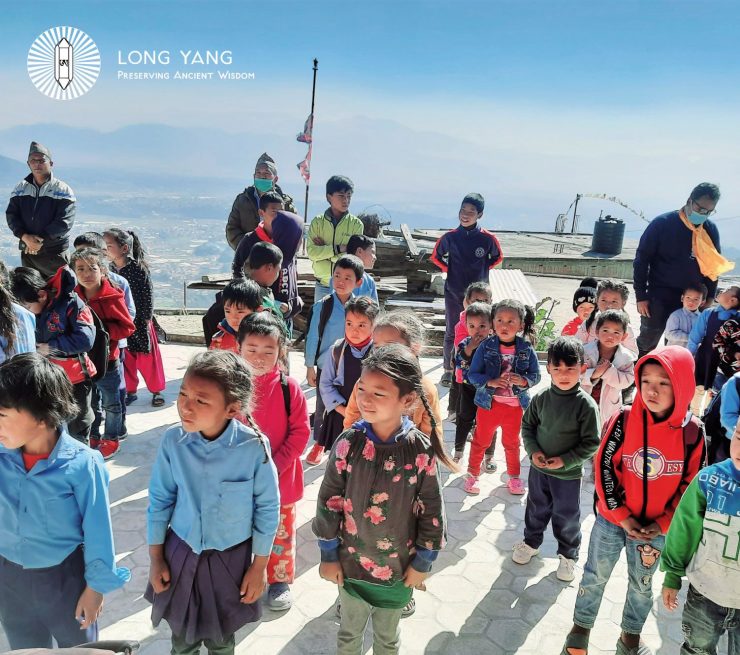 For another year in a row, Long Yang e.V. was able to support hundreds of pupils in Suntakhan with warm winter uniforms for the cold season.

2020 was a tough year for the people of Nepal. In response to the Covid-19 pandemic, the country was in a strict lockdown from late March until August in order to prevent the spread among the population and to avoid an overload of the already fragile healthcare system. However, the initial restrictions also caused social and economic hardship for large segments of the population. Many people lost their jobs overnight and were left without any income. This hit the numerous daily workers especially hard, as they were immediately thrown into an existential crisis, often without any savings.

But life had also changed radically for the children and young people, after all schools in the country had been closed since the end of March. They only partially reopened in November 2020. Distance learning could not take place nationwide, as the technical requirements are lacking often, especially in rural areas. In Suntakhan, the situation was similar: as the principal of the Sri Suntakhan School reported, only about ten percent of the children’s families have internet access, and only 30 percent have access to television or radio. As a result, students in government schools in Suntakhan lost about eight months of schooling this year.

Since November, the schools in the region have gradually resumed face-to-face classes, but with a reduced number of hours in order to be able to teach the students in two shifts. Nevertheless, everyone is happy to finally be able to go back to school.

Long Yang e.V. and the local partner organization Akasha Academy NGO have had a close relationship for many years, especially with the government schools in Suntakhan. In December, Akasha Academy NGO was asked by Sri Suntakhan Secondary School and Tharebir Basic School to support the procurement of warm school clothing. Due to the pandemic and the related economic hardship, many of the families were unable to provide their children with sufficient warm clothing.